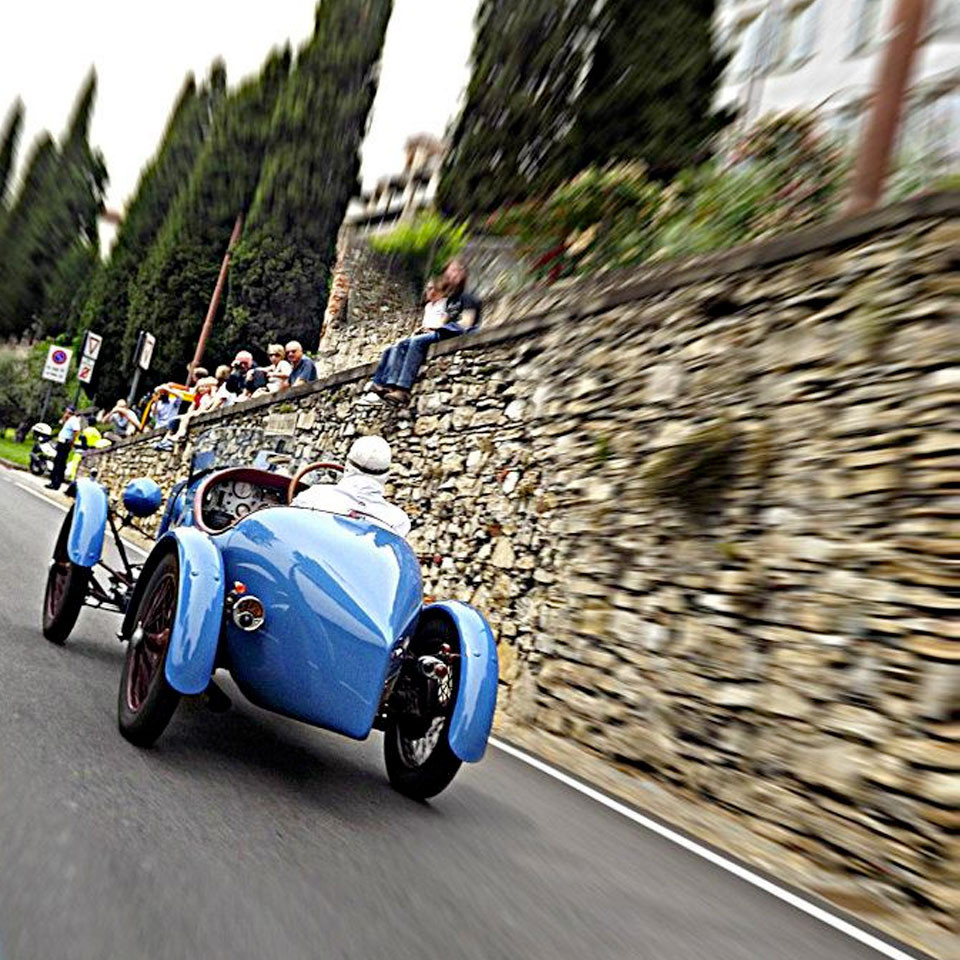 For all fans of vintage cars and motorcycles, the event not to be missed is" Bergamo Historic Gran Prix ", the very special re-enactment of the Bergamo automobile Grand Prix won by Tazio Nuvolari in 1935 on the Alfa Romeo P3, as well as "memorial" of the 10 editions of motorcycle races on the Mura circuit, with the great champion Carlo Ubbiali.

The event will be divided into 6 heats: two dedicated to Grand Prix motorcycles, and four to racing cars, along the Circuito delle Mura, the only medieval track in the world, which will be run clockwise as in 1935, starting from Colle Aperto.

A total of 70 cars with a glorious sporting past will be admitted to the event: fans will be able to admire some Bugattis, the 1959 Lancia Marino F1, the FJ Stanguellini ex Von Trips, the Porsche 911 Vaillant GR.4 and the Ferrari BB512, F40, 365 GTC, 246 Din. As for the historical GP bikes, several official MV Agusta's, important Guzzi, Gilera and Norton will be present at the start.

Before and after the race, the cars and motorbikes will be exhibited to the public in a spectacular paddock of rare beauty, the Piazza della Cittadella in the heart of Bergamo Alta, restored to its original charm after a long restoration.

In the frame of the event, the celebration of the great Tazio Nuvolari, with the exhibition set up for the entire month of May in the Kefri Art Gallery, with original photos, vintage posters and rare drawings celebrating the victories of the Mantuan champion.

The charity purpose of the event is confirmed again this year: part of the proceeds will be donated to the non-profit organization Spazio Autismo Bergamo.