Cheering on Atalanta in the new Gewiss Stadium 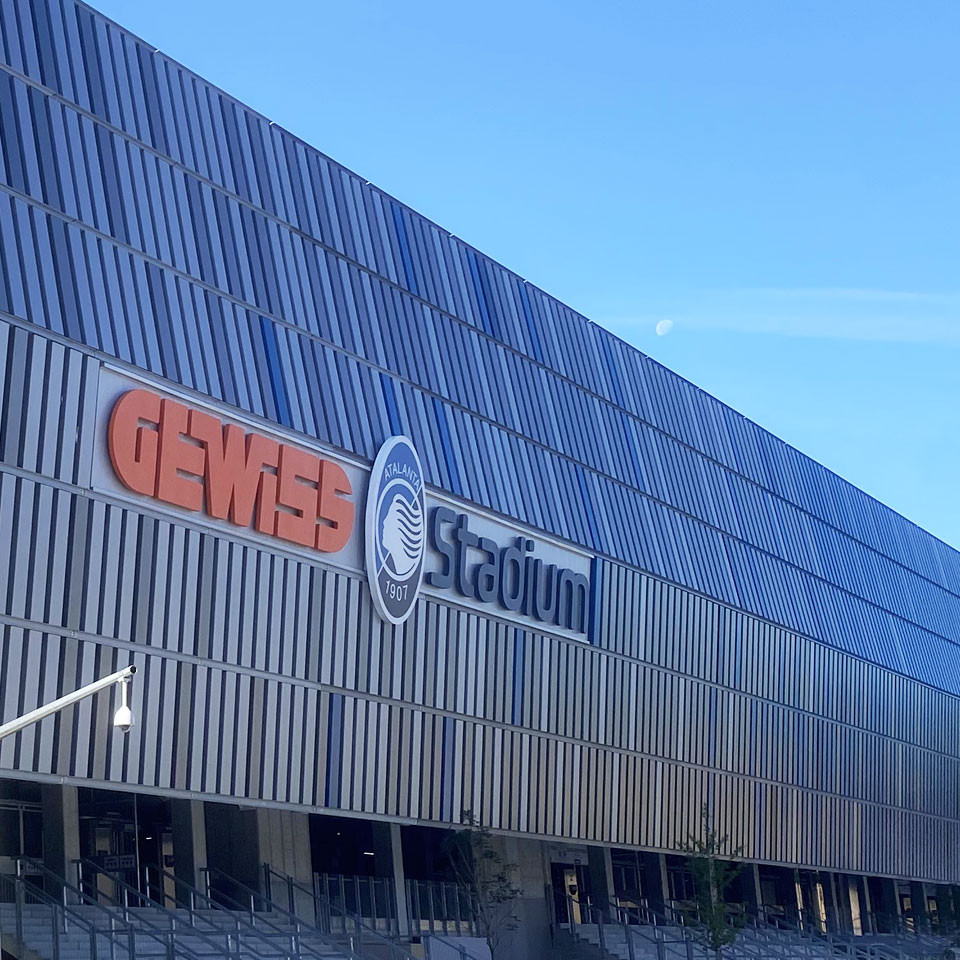 It has been the "home" of Atalanta since 1928, the year of its inauguration. An important redevelopment project has been underway since 2019 and will be completed in 2023.

The Gewiss Stadium is the largest sports facility in the city, built in the 1920s in a district that is now densely populated and busy. Since 2017, the year in which the property was transferred from the Municipality of Bergamo to Atalanta, the Gewiss Stadium has become the fourth stadium in Italy to be managed directly by a football club.

Also through this important acquisition, Atalanta has shown its extraordinary growth in recent years, passing from " queen of the province " to the Champions League, and giving their city a modern and owned stadium, in line with the philosophy of the major European clubs.

The first renovations date back to 2015, aimed at obtaining a modern system, in terms of functionality and appearance: the goal of this massive redevelopment, still underway, is to make the structure suitable for both sport and entertainment, as happens in every contemporary arena, with total enjoyment, the removal of architectural barriers, the construction of Sky Box and the maintenance of some architectural components of the original structure, such as the historic facade of the stadium.

In 2019 the 9,121-seat Curva Nord " Federico Pisani " was demolished and rebuilt. Its new appearance was inaugurated on the occasion of the Serie A match Atalanta-Lecce (3-1). In the same year, Atalanta formalized a commercial agreement with the electrical engineering company Gewiss, so for the next 6 years, the former Municipal building takes the name of " Gewiss Stadium ".

The South curve " Piermario Morosini " will instead be demolished at the end of the 2021-2022 championship, while the reconstruction will be completed by 2023..